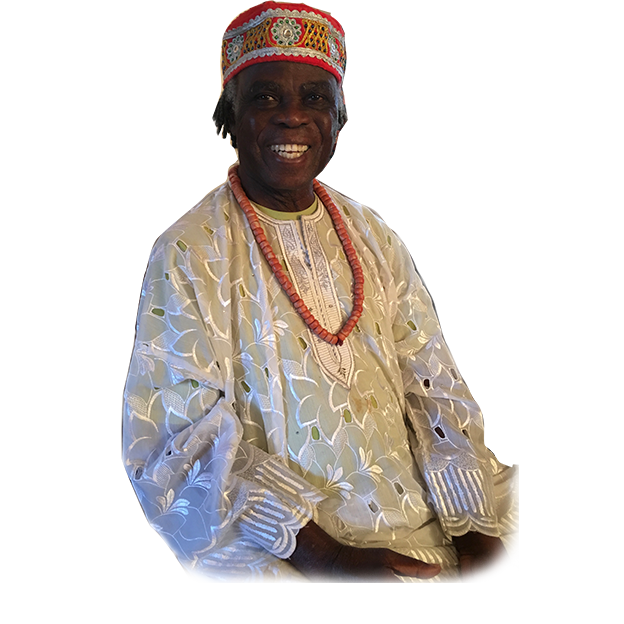 Ayo Adeyemi is a master drummer, performer and a singer of traditional African Yoruba spiritual chanting.

His career is very varied. Apart from performing, he did two weeks intensives for inmates teaching basic drumming and chanting from 2012 to 2020. He also teaches drums 3 hours per week at Motherland music since 2005. He had taught one-week retreats yearly since 1990 until 2000 at Esalen Institute in Big Sur, California; one week drum and mediation retreat in 1989 at Omega Institute in New York; six-week retreat in 2007 at Bantu Camp in New Mexico; two-day intensive drum course in 2005 and 2006 at Claremont College in CA.

Apart from teaching, he’s been performing at Californian Institute for Women in 2012 and 2013; International Folk Art Museum in New Mexico every year since 1990; Los Angeles County Museum of Art, Los Angeles African American Museum; Day of the drum Watts; Los Angeles Sacred Music Festival; Watts Towers; Church of Religious Science; House of Blues; NAM Conference in Seattle. He toured United States for many years with Baba Olatunji Drums of Passion (from 1989 until 2003).

Last but not the least, he taught drum making and drum instructions for six weeks at Juvenile Camp David Gonzales in California. 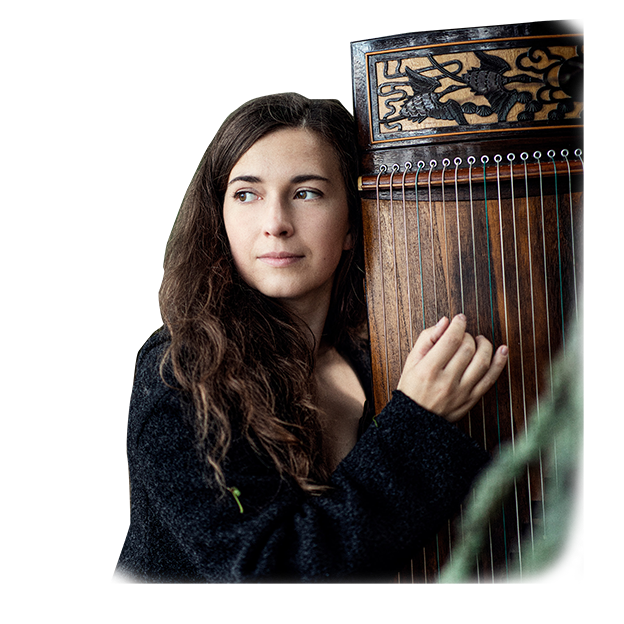 During her career, Barbora has been guided by renowned teachers such as prof. Wei Dedong on guzheng, Pauliina Syrjälä on kantele and Karoliina Kantelinen and Outi Pulkkinen on voice.

Xu is an alumnus of the Making Tracks, a UK project initiating music-based social and environmental engagement. Barbora has been organising cultural events with focus on raising community wellbeing and environmental issues such as the concert United by Music in the aftermath of the Turku terror attack. In 2020, she co-founded the Ask Your Elders project, using art creation to connect families across generations. Barbora’s sponsor is the world’s biggest kantele manufacturer, the Koistinen Kantele o.y.

Barbora has performed around the world at venues such as the King’s Place in London, the Megaron Concert Hall in Greece or the Musiikkitalo and Turku Concert Hall in Finland. Her work has gained visibility i.e., at the YLE, the MTV3, the BBC, the International Radio Taiwan, the Czech National Radio, the Spanish Radio and Television Corporation and others. 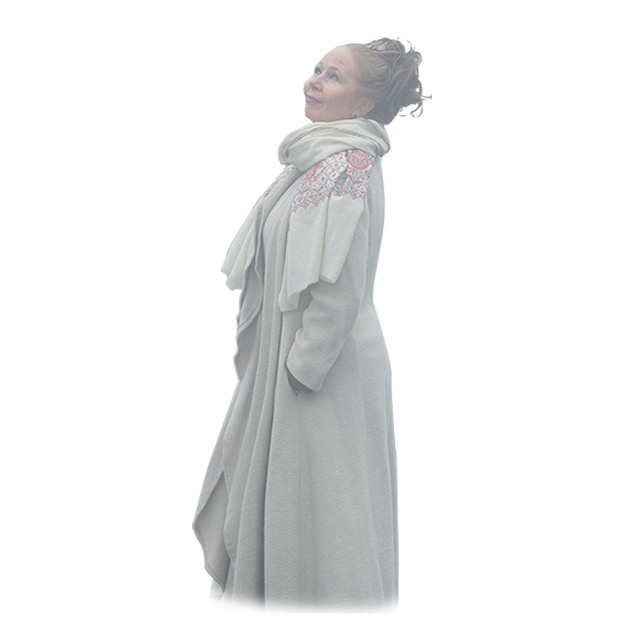 Inspired by ethnic sounds, Norwegian folk music, classical vocal tradition, and extended voice techniques from the avant-garde tradition, Meyer has developed a non-verbal vocal expression within a voice range of more than 6 octaves. In her Project, she often interacts with instrumentalists and vocalists of different expressions from different musical origins in concerts and scenic performances, films, and sound installations throughout the world. Through these multi-expressive vocal sounds, she creates soundscapes between the realistic/unrealistic and the expected/unexpected, letting the sound itself be the storyteller. 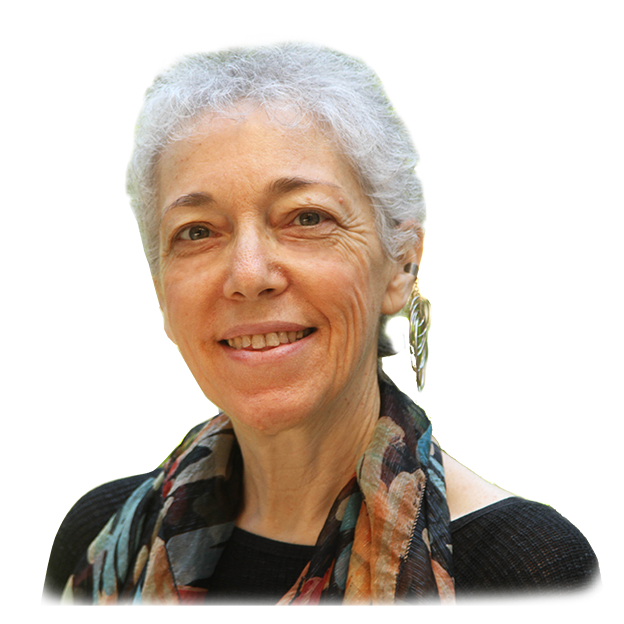 Composer and visual artist Hagar Kadima was the first Israeli woman composer to earn a Ph.D. in composition, from the University of California – Santa Barbara in 1988. Kadima has composed more than 70 orchestral, choral, chamber, vocal, and solo compositions, which have been performed and aired in Israel and abroad. In 2000, she founded the Israeli Women Composers Forum and served as its first chair.

Her vocal works, especially during the 2000s and 2010s, reflect both Israeli identity and feminist themes. In 2010, Kadima embarked upon a second career as a painter. Her works were selected for approximately 30 exhibitions throughout Israel during the 2010s. As an ink artist, who also has integrated free expressive calligraphy, her mostly abstract works have been often inspired by feminist poetry. 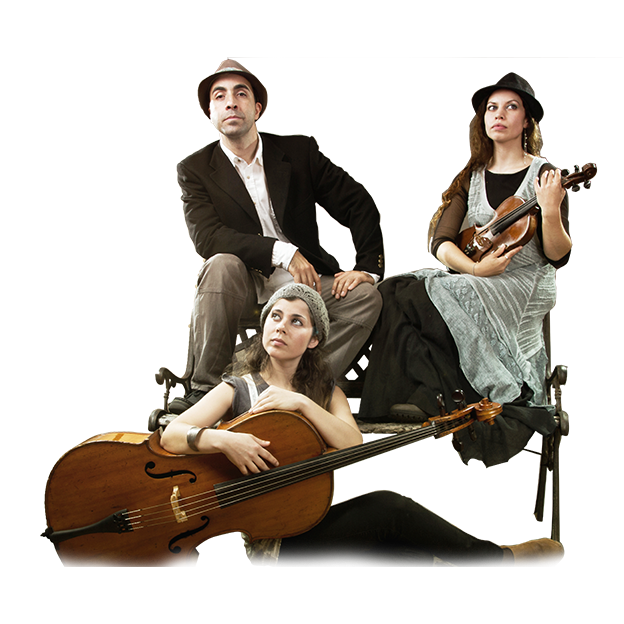 With its own repertoire of original music, which orbits between the environments of cinematic landscapes and sound sculpture of contemporary aesthetics, creating a sphere of auditory fiction, where images easily invade the imagination of those who are carried away by the dramatic and adventurous lines.

Several years of joint projects by the three elements (RosaNegra, music for theater and ballet), result in a solid construction of affinities, thus motivating the presentation of a repertoire that seems to come from a magic box full of mysterious and transcendent moments… 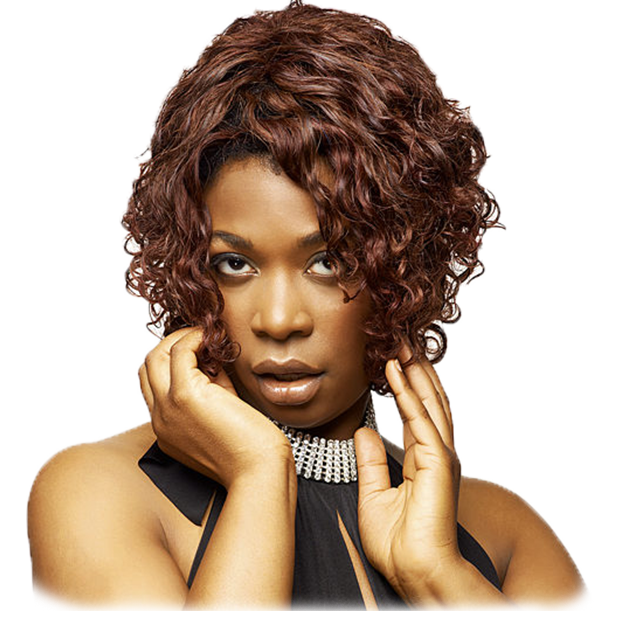 The singer, songwriter, pianist, composer, producer, and film & television actress is an engaging and entertaining performer; who continues to perform nationally and internationally bringing audiences to their feet. Performing mainly as a solo artist, Gina shares compelling stories through her songs – captivating audiences from intimate venues to stadiums.

For over a decade, Gina performs Pop, Rock, R&B/Soul, Jazz, Gospel, Christian, Dance, Caribbean/Latin, and Classical music at numerous festivals and concert stages. She has shared the stage with notable artists including Burton Cummings (The Guess Who), Take 6, and Kardinal Offishall.

Over the years, Gina has had extensive media coverage including Radio “Eye” I (Japan), CBC News Story (Canada), and National Ukrainian Radio and Television. From the Twix Cookies and Creme commercial to appearing in Riverdale, her career as an actress has allowed her to work alongside the likes of John Cusack, Jennifer Beals, and director Alex Graves.  Her song “You Are Not Alone” was placed in the Russian film, “Love Is The Best Medicine.”

As a composer, Gina has written works from solo piano to orchestra and won the Greater Twin Cities Youth Symphonies Call for Scores Competition (2019).

As the first Black female Canadian orchestral composer, Gina was commissioned to write “Glory” (1999) the anthem for Grenada’s 25th Anniversary of Independence.

To date, she speaks, writes and/or performs in 12 languages: English, French, Spanish, German, Russian, Ukrainian, Punjabi, Latin, Italian, Turkish, Japanese, and Mandarin (Chinese). Perhaps that is the most apparent thing about Gina: everything she does seems effortless. Yet the more you find out about her, the more you start to understand the layers of complexity behind the music and artistry of this “Modern Day Renaissance Woman” – who continues to defy stereotypes while touching hearts.

Blowing My Own Trumpet

Blowing My Own Trumpet is a world music afro-folk and latin fusion sound featuring the original music of South African born trumpeter Claude Lamon and his daughter Josephine Lamon. The band is from Exeter, Devon and released their debut album “Umsindo” in October 2020. Last year they played at Cornwalls Folk Music Festival and at the Lost Fest. They recently released their single “She’s a black snake in my grass”

….. A&R Factory Emile Vandergast – “Blowing My Own Trumpet may just poses the most ingenious moniker we’ve ever heard. It cheekily alludes to the artist’s playfully expressive nature which also resonates within their rhythmic feat of folk Calling Me Home which breaks the monocultural mould by allowing African culture to effervesce within the organically high-vibe single.”

Even if Calling Me Home doesn’t sound like your cup of tea, it is guaranteed that your soul will feel infinitely lighter once the sun-soaked soundscape has faded to a close. If your escapism playlists are in need of an update, you’ve struck gold with the image-laden track. 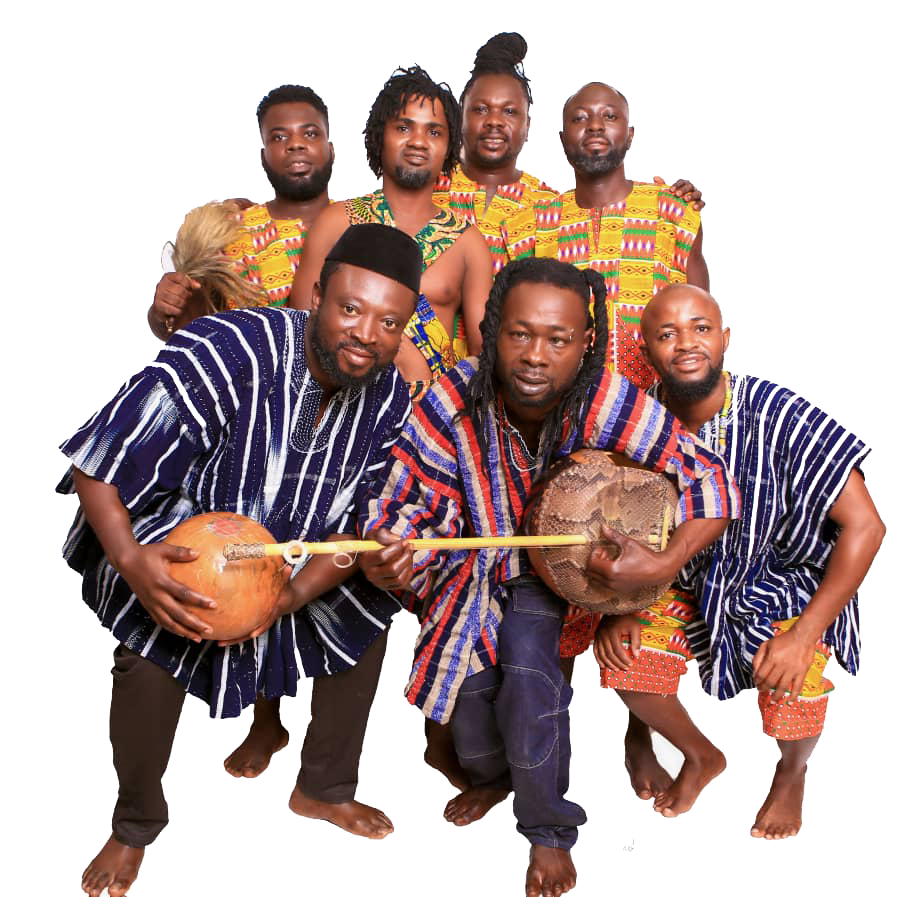 The African Showboyz Band has been creating waves with their unique Northern Ghanaian drums and stringed instruments alongside vibrant rhythms in the United States, Australia, Europe and other countries in Africa.  They have performed with a number of stars, including Stevie Wonder, Karl Denson, Babatunde Olatunji, Fela Kuti, Femi Kuti, Steel Pulse, Arrested Development, Mickey Hart Band, Burning Spear and Angelique Kidjo.